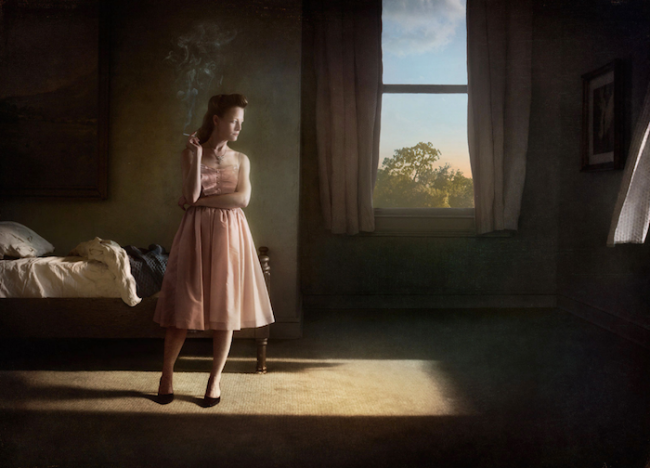 For some days I couldn’t sleep. I would stay up late, hold my breath  and find something menial to think about for the rest of the night. That day I was contemplating whether the government should ban smoking in auto rickshaws. The thought had been nagging me for a while now.  While returning from the chemist after buying my Xanax, I would smoke a couple in the auto just in case. It was the only time I saw myself from the outside; from the eyes of the auto driver, the passing mothers, the eunuchs under the flyover, and the old guard of my colony. Sometimes I would see Ms. Z sitting next to me in the auto, sharing a drag, running her fingers behind my ears, laughing. It was easy to admire her until she laughed- then it got a little more serious. It was the kind of laughter that opened you up. When she laughed, a small line would trace her smile back to her eyes and they would light up, like a river in moonlight. I had caught her laughter; it was something she had left in me, something that would live on long after I’m gone – in my children, in women I would love. That way, I would never really lose Ms. Z.

With that thought I would often throw away my unfinished cigarette and pop a Xanax. After a couple of hours, that familiar feeling of plastic euphoria would creep up under my skin. Then, I would proceed to write songs. I must have written about six hundred songs in those three months- but they all had the same chords. G, D, A. I would be G – smiling. Ms. Z would be D- laughing. And A- that was the xanax ; a threesome I’d have over and over and over again until my fingers would curl up into fists and my songs would punch my guitar, my bed, my shirt into the stretching night.  I imagined they would chase this winter night to the vast skyline on the highway to mars. At three a.m, when I would finish performing Ms. Z’s song that auto would stop near a tungsten star and Ms. Z would be there, clapping stardust onto my naked body, laughing. The day that star dissolves into these nights of rum fuelled regulars and smoking limos, I will stop writing songs for you, Ms. Z. That day I’d pick up my guitar and make a grand fire out of  anything and everything that burns ; all your cards pasted with birthday lilies and all my shirts pasted with your scent. I’d let go. I would change the way I laugh. And then maybe I could learn to sleep again.

Note: The above photograph is a work by American photographer Richard Tuschman who turns Edward Hopper’s paintings into photographs. See more at http://www.fubiz.net/en/2014/01/22/composite-photography-inspired-by-edward-hopper